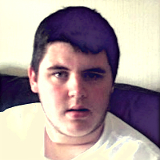 David Weir has been involved with Mozilla since 2009. He is from Glasgow, Scotland where he has recently graduated from Glasgow Kelvin College with skills in digital media. In his spare time, he volunteers at local organisations that aim to promote the quality of life in Glasgow’s East End community. 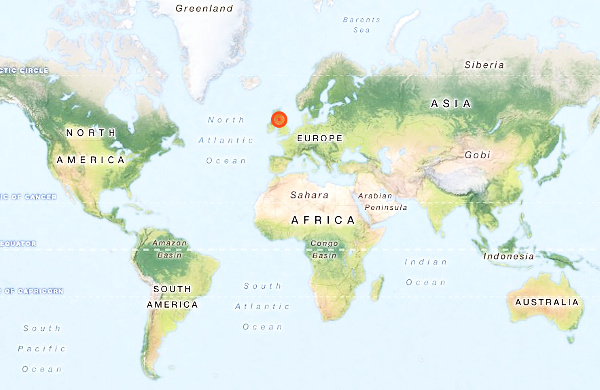 David is from Scotland in Europe.

Hi David! How did you discover the Web?

I used to write letters the old-fashioned way with ink and paper till I got an email address and discovered the Internet. I started going online for stuff like applying for jobs. That’s how I discovered the Web.

I used Internet Explorer before I found out about Firefox from an advertisement on Facebook.

I was a newbie Firefox user and I liked it. As I got to understand it better, I decided to help out other users on live chat. I became a part of SUMO. To date, I’ve answered 39 questions, written 27 documents and earned 3 badges on SUMO.

I am a community contributor to the QA team. I actively participate in discussions during team meetings, email threads, and IRC. I’ve recently arranged testdays for Windows 10, Windows Nightly 64-bit, Firefox for Android and Firefox for Desktop.

I contribute code to SuMoBot, an IRC bot in Mozilla’s #SuMo IRC channel.

I’m part of Firefox Friends, a team of social-sharers and word-spreaders to promote Firefox. I help run the Mozilla contributor group on Facebook, and I keep an eye out for Mozilla-related news spreading around social channels.

I am a Mozilla Rep and actively recruit Mozillians.

I have some disability in the form of visual impairment and autism; my hand-eye co-ordination is not perfect. I help to make the web more accessible for people with disability. I look at Mozilla websites and if I find things like the text is too dark to read, I notify the developers to make fixes for better accessibility. See bugs 721518, 746251, 770248 and 775318.

You belong to the Mozilla UK community. Please tell us more about your community. Is there anything you find particularly interesting or special about it?

The Mozilla UK community consists of a small number of employees and volunteers scattered around the United Kingdom. There is a Community Space in London. Every year in November, community members help to host the Mozilla Festival. Since only a few employees work in the London office, most meetings happen online. You can find us on the #uk IRC channel. Community discussion happens on Discourse.

A recent landmark achievement for the UK community was the rollout of the en-GB locale for Mozilla’s web properties like mozillians.org, addons.mozilla.org, marketplace.firefox.com, input.mozilla.org, webmaker.org and the main Mozilla website, mozilla.org. I personally contributed to the (en-GB) localization of addons.mozilla.org. See bugs 1190535 and 1188470.

There is a Scottish community within the larger UK community that can download Mozilla products localized in Gaelic language and discuss support issues on the Gaelic language discussion forum Fòram na Gàidhlig.

Mozilla is one of the most friendly communities I have ever volunteered with. The whole staff is behind you.

Lots of stuff happening – get involved!

A Scottish community space would be nice.

The Mozilla QA and SUMO teams would like to thank David Weir for his contributions over the past 7 years.

David has contributed to the Mozilla project for a few years now. I’ve frequently had the opportunity to interact with him through IRC. We would also get to say “hi!” to him face-to-ace every so often, because he would attend our weekly team meetings throughteleconferencing. I remember he initially started out attending “testdays” where he would help us test new features in Firefox. Later, his collaboration evolved into organizing his own testdays to address issues he identified as problematic. He’s been a very enthusiastic contributor, and he’s never been shy about pointing out when and where we could be doing better for example, in terms of sharing documentation, or any other information that could be helpful to other contributors. He has made a memorable impression on me and enriched my Mozilla experience, and I hope he keeps participating in the project. – Juan Carlos Becerra

Every team at Mozilla would be lucky to have a contributor like David (IRC nick satdav). He’s committed, the first to know about anything new going on in our social contributor community, and always open with ideas for how we can improve our programs. – Elizabeth Hull

Over the last few years satdav has stayed on top of many support and QA issues, often bringing new bugs that affect the user community to developer attention. That’s so helpful! He shows up to a wide range of Firefox meetings and irc channels, and has a good idea of who to ask to get more information on a bug. Because he has a broad and general interest and is not afraid to ask questions, he also sometimes works as a cross team communicator letting people know what’s going on in other meetings or discussions. I think of him as one of those people who in a science fiction future, would be in a spaceship mission control center with 20 monitors, listening on many channels at once. It has been cool to see his enthusiasm on Mozilla projects and to see his knowledge deepen! – Liz Henry