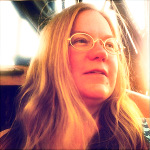 Barbara Miller has been involved with Mozilla since 2014. She is from Portland, Oregon where she has held jobs covering a wide expanse of Information Technology: system administrator, web developer and document automator. She and her husband love to go sailing on their sailboat, Heidi, on the Columbia River. 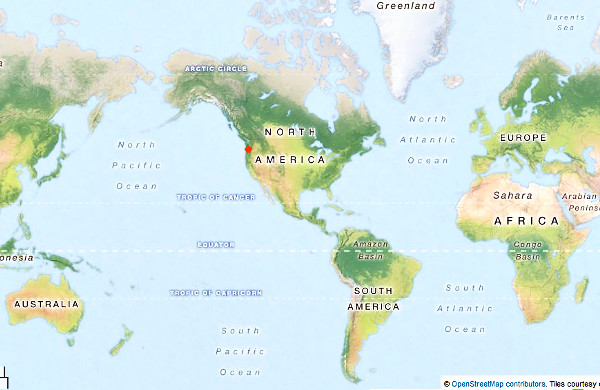 Barbara Miller is from United States of America in North America.

Hi Barbara! How did you discover the Web?

I discovered the Web while I was working at Genentech in the early 1990’s. Earlier, I had discovered Gopher space and Ted Nelson‘s Computer Lib / Dream Machines.

I heard about Mozilla as the follow-on project for the creators of Netscape Navigator.

I started with Mozilla in September 2014 through Lukas Blakk’s Ascend Project. Both the Ascend Project and the GNOME Outreach Program, now Outreachy, internships are explicit invitations to participate in open source for women and other communities under-represented in open source. Ascend provides laptops, breakfast, lunch, transit, childcare reimbursement, and a daily stipend to all its participants in order to lift many of the barriers to participation.

So when Ascend offered me an invitation to be one of the 20 participants in its first pilot in Portland, I could not refuse! Eighteen of us successfully completed the 6 weeks of the pilot while fixing a range of bugs in open source projects across Mozilla. I hope that we participants can continue to build community with each other and with the larger open source community! 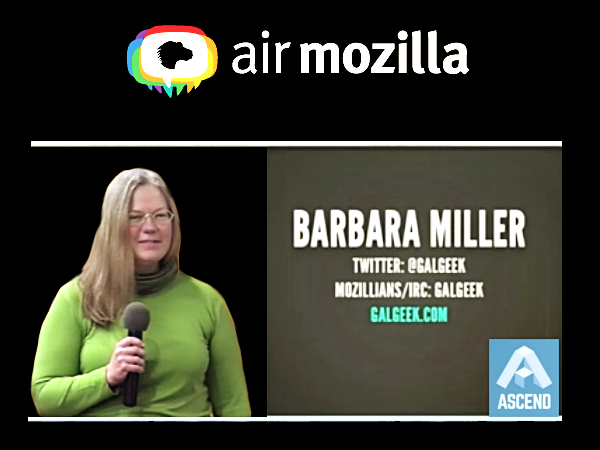 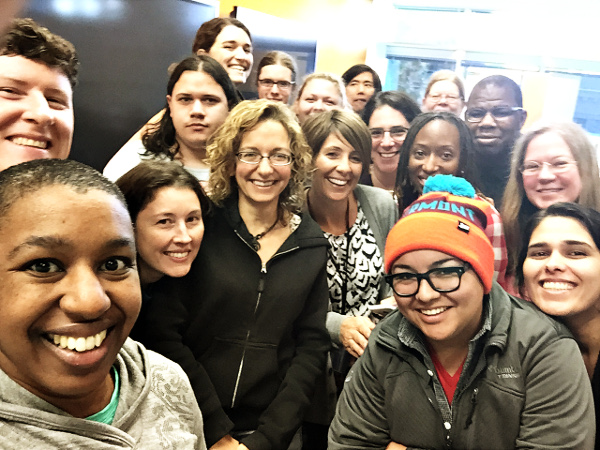 I have a Firefox OS Flame device that I set up to use the nightly builds. I’ve forked the b2g gaia repo, and I’m going to figure out how to tweak and then to write my own app, and push it to my own Flame. I have also offered a little help here and there to other Mozilla contributors, most among my fellow Ascend Project participants. I talked to people about my Outreach internship with Mozilla QA at OSCON 2015 that ran from July 20 through 24, 2015 in Portland. At OSCON 2015 I also helped to staff the Software Freedom Conservancy booth.

The one contribution I love to tell people about is my feature addition to the Marionette test driver, making value_of_css_property work for UI chrome elements, not just content. Usually I just say that I have a little bit of code in Firefox Desktop and neglect to mention how much Henrik Skupin, Chris Manchester, and David Burns helped me to write it.

I also like to show the Firefox UI tests running; that’s what I did during the talk I gave with a couple of other Ascenders at Open Source Bridge: You, Too, Can Contribute to Open Source!.

You use the Firefox OS Flame device in your day-to-day life. Can you describe what you like best about it?

It’s wonderful how open the Firefox OS Flame device is! It’s so easy to modify in so many ways, it really feels like it belongs to me. But I must admit, it’s been a challenge to move away from my old iPhone, particularly the Messages app.

My favorite Marketplace apps are, for the moment, SoundCloud and Cut the Rope. It would be great to see a good transit app or something like Ridescout.

Find a Mozilla group to connect with, and a bug to start working on, on Josh Matthews’ Bugs Ahoy. Connect to Mozilla’s IRC and ask questions. Mozillians are very friendly. Mozilla QA is *super* friendly. And should you have the chance to participate in another offering of the Ascend Project, do!

Firefox OS – being able to push my own app to my friends’ and my own mobile phone.

The Mozilla QA and Test Automation teams would like to thank Barbara for her contribution over the past year.

Barbara was a wonderful help with helping stabilise some of our browser automation tests and managed to dive right into helping us start a new automation project from scratch. Her contributions meant that we were able to hit an extremely tight deadline! Thanks Barbara! – David Burns

Barbara jumped right into filing bugs, submitting patches, and learning about the automated test infrastructure at Mozilla. She is very proactive. It’s always good to see her participating in meetings and in the IRC channels for our teams – and getting to hang out in person with her was great too. She has fixed over 40 bugs so far. Pretty impressive! – Liz Henry

Barbara excelled in Ascend on every level. On a given day during the 6 weeks she could often be found helping other participants understand the tasks at hand and helping them get unstuck. Her intelligence, curiousity, and tenacity made her a great fit for QA contributions as she did extremely thoughtful and thorough work on any task she took on. I was very pleased to see her get an Outreachy internship and be able to do an even deeper dive with Mozilla. Thank you for all your help, Barbara. Mozilla’s community is stronger with you in it. – Lukas Blakk