Firefox OS QA held a Bug Bash on Thursday, October 23 2014. Participants from all over the world were invited to test the latest build of Firefox OS v2.1 on their Flame devices and report any bugs found. Coordinators in 5 locations helped to organize multi-hour sessions in their timezones in which 48 people participated. 10 were remoties, who joined these sessions via video conference.

A total of 117 bugs were filed across a broad range of Firefox OS components. 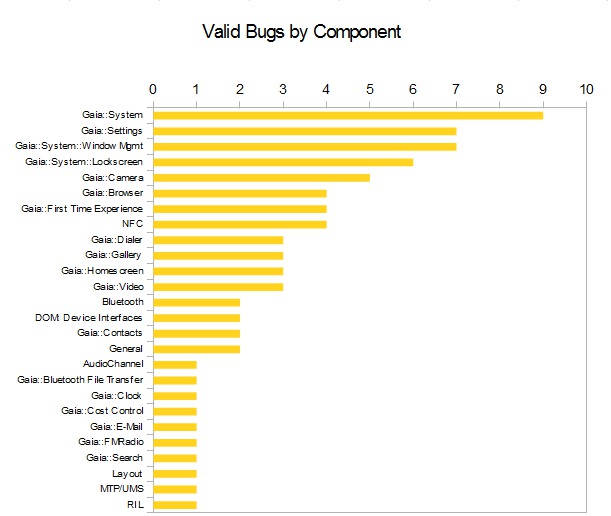 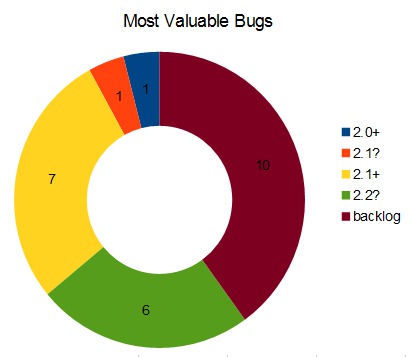 The Taipei team was the most enthusiastic of the bunch, filing close to half the bugs. 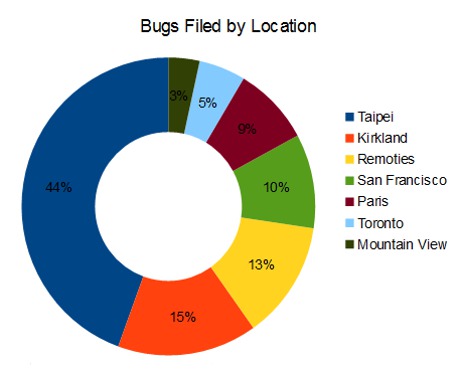 All participants in the Bug Bash were awarded the General QA Participation Badge. 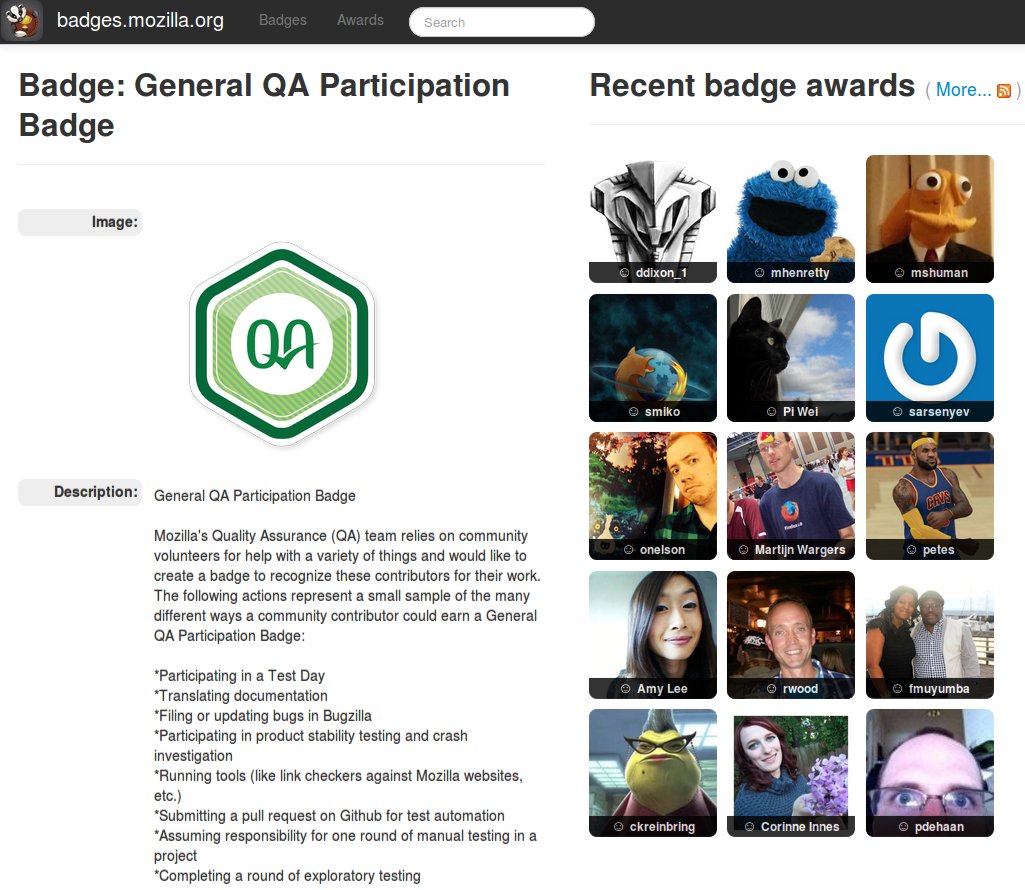 All participants who filed blocker bugs were awarded the B2G Badge as a bonus. 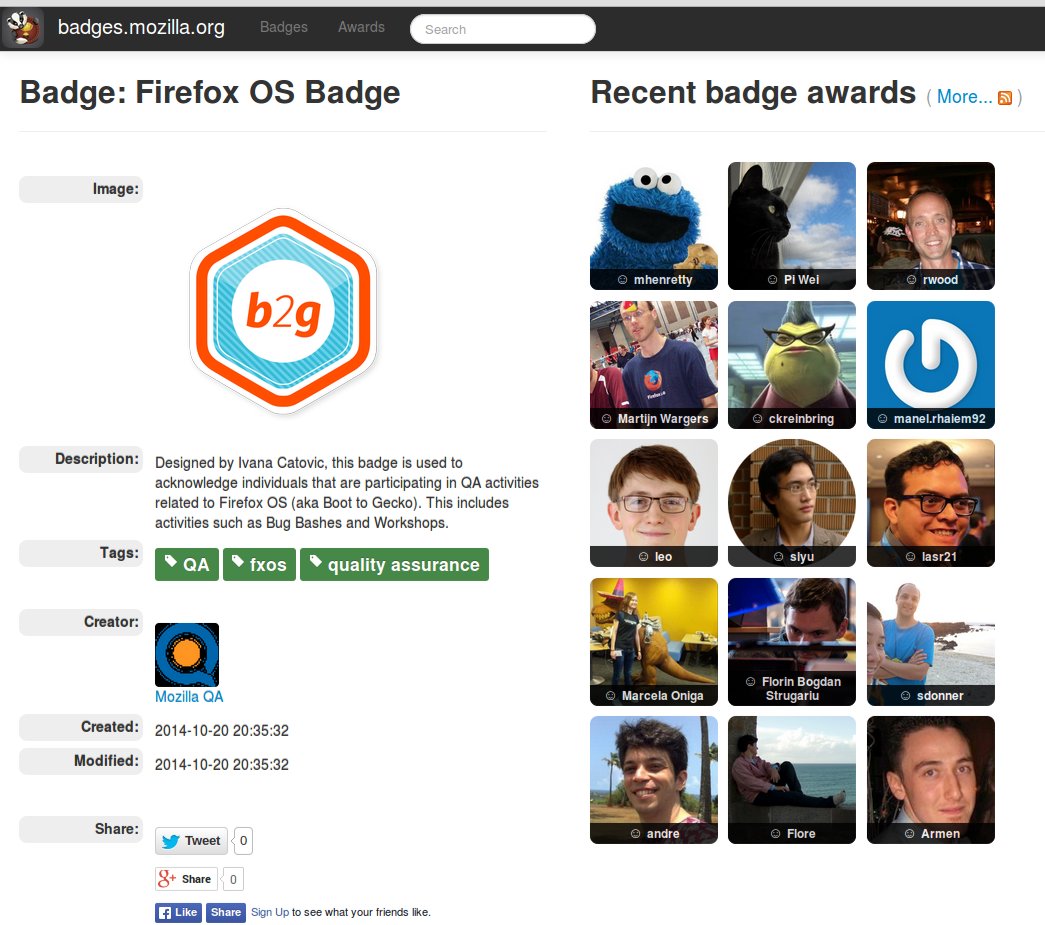 Many thanks to everyone involved in the Bug Bash. Special thanks also to the coordinators in the different locations: Johan Lorenzo (Paris), No-Jun Park (Toronto), Kevin Tucker (Kirkland), Candice Serran / Kevin Grandon (San Francisco) and Tony Chung (Mountain View).

Stay tuned for the next Bug Bash coming up for Firefox OS v2.2!