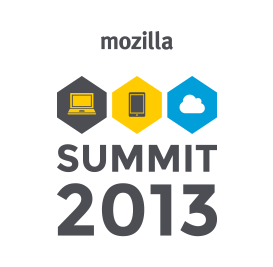 The second day of Mozilla Summit 2013 started with a report of the health of the web. Harvey Anderson, Senior Vice President Business and Legal Affairs at Mozilla, characterized the vital signs of a healthy web as access, interoperability, net-neutrality, innovation, diversity, user choice, user control, social activity and economic activity. He also raised concerns that broad NSA surveillance of Internet traffic as revealed by Edward Snowden has created public mistrust in the web.

This was followed by a series of sessions small group sessions focused on Mozilla products, technology, and programs. Finally, a World Fare dinner was served where hungry Mozillians for a chance to taste a variety of foods from around the world.